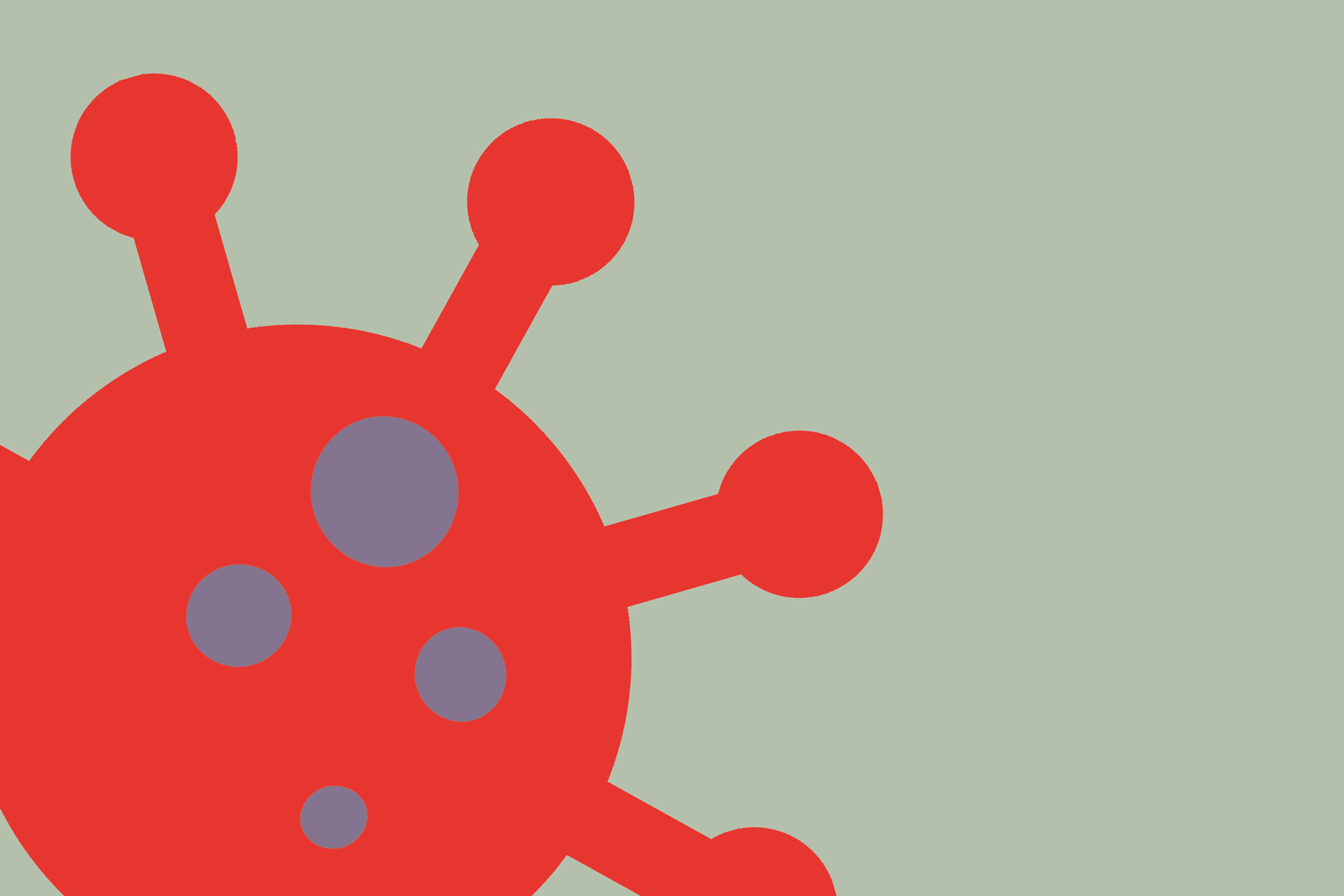 At least in the realm of geopolitics, it has increasingly become clear that the COVID-19 pandemic is reinforcing existing trends more so than creating new ones. This remains true when it comes to China.

The coronavirus crisis has accelerated the onset of an across-the-board, zero-sum confrontation between Washington and Beijing. This had already been preceded by the Trump administration’s trade war and open warnings surrounding Huawei’s 5G technology, the European Commission’s description of China as a “systemic rival promoting alternative models of governance”, criticism of the Chinese regime’s increasing control over Hong Kong and its treatment of the Uyghur population in Xinjiang, and regional pushback against the perceived excesses of the Belt and Road Initiative (BRI).

Under Xi Jinping’s leadership, the Chinese Communist Party (CCP) has moved to implement significant – and not uncontroversial – economic, political and societal reforms. President Xi clearly understands that China is undergoing a crucial moment of transition in the post-Deng era and equates the survival of the CCP regime with the avoidance of internal disorder that characterized its “century of humiliation” at the hands of Western and Japanese imperial powers. Regime survival therefore takes on not merely a political dimension but also a national one. As a result, having faced internal discontent over its initial response to the coronavirus, outside pressure is only likely to encourage Beijing to hunker down, exacerbating the dynamics of the current international disorder.

These dynamics are not entirely dissimilar from the descent of Russia-West relations into outright confrontation six years ago. While the Euromaidan Revolution and Russian annexation of Crimea ended any hope of a joint security system for Europe, the situation worsened significantly as the Donbass war dragged on and Moscow began getting accusations of interference in Western elections. While a modus vivendi of sorts has now been reached between Russia and the EU on certain policy fronts, the lifting of sanctions and the resumption of normal relations remains contingent on the full implementation of the Minsk agreements. US-Russia relations, on the other hand, continue to feature few – if any – elements of positive-sum cooperation and there is little reason to believe that this state of affairs will end anytime soon. It is clear that, if not arrested in their initial stages, cold wars can quickly encompass the entirety of a diplomatic relationship with long-lasting and far-reaching consequences.

Similarly, the consolidation of a European security system that excludes Russia has encouraged Moscow to securitize its relationship with the West, viewing it not only as an international but also domestic threat. Conversely, Russia and China are now both perceived to be existential threats to the so-called liberal international order. The advent of these zero-sum dynamics in both Russia-West and China-West relations encourages the continuation of the Sino-Russian rapprochement, particularly as Beijing seeks to avoid geographic encirclement in an international environment that appears hostile to its interests. This logic that underpins the strategic partnership between Moscow and Beijing has thus far overridden potential irritants in their bilateral ties, and both sides understand the benefit of largely de-securitizing their relationship to focus on their respective core interests in Europe and the Asia-Pacific.

The logic guiding this return to great power rivalry has been the inability of the United States to construct a post-Cold War international order flexible enough to accommodate the interests and worldviews of other powers. For three decades, Washington has aimed at exercising primacy in Eurasia’s principal geo-strategic theatres – Europe, the Middle East, and East and Southeast Asia. This has naturally precluded any notion of a veritably equal relationship with Russia or China, which as great powers also seek to shape their immediate neighbourhood and the wider international order in line with their own preferences. As such, despite periodic moments of seeming détente or restraint, the momentum favouring continued confrontation will be sustained so long as rival visions of order remain entrenched.

Hopes that China would ever fully modernize in line with Western ideals were always unfounded, but at the same time, external pressures imposed on China have been a leading driver of Beijing’s behaviour both internally and internationally. The purpose of engaging China during the Cold War was to shape its outward posture rather than its regime type. In recent decades, as Beijing joined international bodies such as the World Trade Organization and promoting human rights increasingly became a legitimate topic in interstate relations, expectations have become more stringent. The Obama administration’s “Pivot to Asia” and the rise to power of the Taiwanese nationalist Democratic Progressive Party also contributed to shifting China away from the path toward greater openness that it had pursued in the 1990s and 2000s. This may have played no small role in strengthening the authoritarian impulse that has led to Beijing’s efforts to rein in Hong Kong and to Chinese officials’ widely presumed coverup of the novel coronavirus in its early stages.

These political developments are reinforced by economic logic. It is difficult to imagine Central Asian countries continuing their growth and development processes without a substantial Chinese economic presence. Nor will Europe resume its role as Russia’s primary external source of modernization so long as sanctions related to the conflict over Ukraine remain in place. This is only likely to hasten the Sino-Russian consolidation of Central Eurasia and entrench the contest that Moscow and Beijing are currently waging with Western capitals. While it is still too early to predict what China’s image in the wider world will be after the pandemic has passed, the dynamics favouring the continuation of great power rivalry remain strong. Diplomatic spats are likely to spill over into the realm of security and normative disputes over the future of world order will acquire a geopolitical dimension. With no end in sight to the Russia-West rivalry more than six years after the Euromaidan Revolution, it is entirely possible that this “new Cold War” could define much of international relations through the 2020s.

The Sino-American confrontation may loom large over the Indo-Pacific in the coming years, but a more stable equilibrium may emerge as the next wave of Asian economic growth resumes and the relative weight of India and ASEAN in regional affairs increases.

Democratic India remains the largest borrower from the Beijing-based Asian Infrastructure Investment Bank and continues its cooperation with Russia and China as a full member of the Shanghai Cooperation Organization. And as Beijing gradually recalibrates its BRI to avoid accusations of debt traps, it is likely to serve as a motor propelling the gradual multipolarization of Asia. The relative absence of rigid ideological dividing lines in the region suggests that this is likely to be a positive development.

After the COVID-19 pandemic, a combination of renewed economic growth and nationalism – in addition to the entrenchment of a digital authoritarianism that effectively mitigates the potency of any serious opposition – will remain key to the success of the CCP regime. Nor does China possess a veritable equivalent to the forthcoming political flashpoint in Russia represented by the 2024 presidential election and questions surrounding Vladimir Putin’s succession. Beijing’s heavy hand in Xinjiang and increasingly in Hong Kong – combined with recent examples of vocal “Wolf Warrior” diplomacy – suggests that the CCP is prepared to weather international criticism to secure what it perceives to be its core interests.

At the global level, elements of “decoupling” between the American and Chinese economies have now been accompanied by calls for supply-chain diversification in some corners of Europe. This also coincides with a recent announcement by Boris Johnson’s government seemingly reversing its initial decision to allow Huawei to play a limited role in providing the United Kingdom’s 5G technology. In Western circles, confidence in Beijing’s ability to be counted on as a reliable actor in a crisis situation has waned as the pandemic has progressed.

Any transition away from a model of deeper integration between China and the West will likely be slow and costly, and the precise extent of such a transition depends in part on the desires of individual EU member states. That said, tensions between the structure of the Chinese economy and so-called “liberal” global institutions were likely to have brought this issue to a head, even without the increasingly security-conscious perceptions of Beijing in Western capitals. Relations between Eurasia’s western and eastern extremities will therefore acquire an added element of unpredictability going forward.

While the apparent – if gradual – descent of the world into competing spheres of influence may be an attractive proposition for a self-interested China, Beijing should be careful to balance this with proposals aimed at allowing the Chinese and Western economic models to coexist. In any case, regions will become more important in global affairs by default.

This will not eliminate security competition or historical grievances in the Asia-Pacific theatre in their entirety. But a strategy geared at finding an equilibrium between China’s global and intra-regional relations will be key to ensuring that Beijing – and the Central Eurasian and Indo-Pacific regions more broadly – are gradually able to serve as relatively stable pillars of a fragile post-pandemic world.

The paper is part of the project The World HandCOV’d:
Assessing longer-term implications of the pandemic disruption
for international security. The project is implemented by the
Minsk Dialogue Council on International Relations and KAS Belarus.
The content of the publication represents the views of the author only.